Our Bishops are always banging on about there not being enough Priests.

(Hmmmmm, is that true? No,well, often they say that it is an opportunity for the laity to take their place, and rid ourselves of redundant churches. Strangely enough this was not well accepted when our local doctor's practice closed down and I offered to start treating Marjory's arthritic hip with a little concoction of my own invention - involving raw garlic and feet - because it was time for me to take my place in the medical world. Even though I'm not qualified, and accountable to no one, and not trained... I'm sick of these Doctors lording it over us lay people, telling us what is wrong with us, diagnosing us, telling us how to change our lives in order to get well again. WHEN WILL THEY STOP!!!]

Well, I have a solution. We can invite the Maltese Priests over. They speak English. And culturally would fit in very, very well. And we could have all of their seminarians as well. You see nowadays you can increasingly believe the most outrageous twaddle, but not what we have believed for the last few thousand years. Maltese Archbishop Scicluna wants rid of them. See here. We need them.

So there you go, problem solved.

Before the advent of mobile phones, when I went to university there was one public telephone in my college. It was at the bottom of my staircase and was often empty. We didn't feel the need to be in touch every moment of the day.

So when I went away, I kept in touch with my mother by letter. I would post her a hand written letter once a  week, telling her of my doings (well a version of them anyway), and she would type me back. This was not because we were terribly formal, just that she was a typist, and used to do it at work. 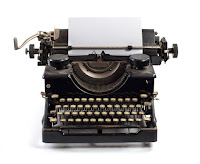 I guess nowadays that seems very odd. Keeping in touch by in/frequent letter, and typed at that.

So, I am saddened that Cardinal Zen writes to the Pope about the persecution of the Church in China, and he does not get a reply. Link Here. My mum would have been gutted if I had not replied to her. I would have been a bad son. Unthinking and hurtful. I would have been showing thoughtless disregard for her.

But it would only have been about University.

Of course, we are still waiting for the Pope to get back to the Cardinals about the Dubia. Perhaps he doesn't like letters. Perhaps he has epistophobia.* Perhaps he doesn't have any fingers, so can't type a reply. Perhaps he doesn't have a voice so can't dictate one either. Poor Pope. I hate it when I get letters and can't be bothered to reply to them. But mine are usually from Specsavers. Or a publishing house trying to sell me that interminable "Walk with Me" stuff. All of this applies to the Pope not replying to Cardinal Zen. But it is just a little bit different. because it is not 'what I was doing last week', this is about the lives and faith of countless Catholics. Cardinal Zen says that he thinks the Pope is 'naive'.

Is this an end to it?

Cardinal Muller, of the Congregation of the Doctrine of the Faith, seems to have settled the question of Amoris Laetitia, of the reception of holy communion for the divorced and remarried. Here.

Actually it is a much deeper question about whether we can simply ignore Church teaching. Or if we can change the teaching of the Church, or even of Christ.

All without the response of the Pope. So that is good. No one loses face. And the Church and truth wins.

So I'm waiting for the German Bishops to withdraw their statements at any moment. And the Maltese. And certain Americans. And Argentinians. I expect Cardinal Nichols and all of our Bishops to make a clear statement to follow Christ, the Church and Muller.

After all, if Muller is not right, the Pope should immediately sack him and make everything clear.
And if he is right then all this nonsense of 'but this is what the Pope really wants [going against Christ, 2000 years of Christian theology, the plain teaching of Saints - St John Paul II springs to mind]' has to stop. 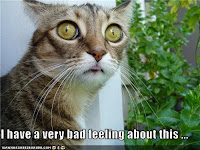 Tomorrow I'm talking to the Newman Society at Oxford, entitled:


What is the Church saying about the Jews?
Before, during, and after the Second Vatican Council.

I put in the 'Oxford Comma' especially! I usually panic and think that I do not have enough to talk about and then realise that I have wittered on for 20 minutes just defining who I am talking about.

And of course it is 2000 years of history, the weird and wonderful goings-on at VAT II, then my mystic Meg guesses for the future!

There are many wonderful things about not having much hair left. God in His wisdom has taken it away, and so I am most thin on top. I tend to think of it in terms of St Etheldreda, who had a goiter on her throat in later life, which she put down to enjoying wearing sparkly necklaces when she was young. In my youth I enjoyed my hair far too much.

I would gel it, and back comb it, and dye it black. I treated it terribly badly, and took far too much delight in it. So I think that one of the reasons for the current lack-of-hair business can be traced back to that. Of course there are some (ha!) who would spuriously claim that years of treating my hair badly may have led to its not being present any more... but I laugh at such a simplistic explanation and prefer to think of God sending celestial beings whenever I am asleep and cutting off my hair with heavenly scissors. This, I am sure, will be mystically returned to me at the general resurrection of the dead.

So, with not much hair, I need not worry about 'bad hair days'. I need not worry that it is all sticking up, making me look like a toilet brush. Or that it is strangely flattened at the back, meaning that the offender has just woken from sleep. And there is never the worry of whiplash caused by an over eager comb-over.

I have no need to worry about such things.

Of course I can still have an unfortunate photo taken, even if my hair is fine.

So I feel sorry for the Pope, because those naughty men who put up all the pictures of him in Rome were really mean and used a terrible photo.

Do you know, I wouldn't be surprised if they even did it on purpose.


All over the world, old Orielenses celebrate this day, our college feast day. For although as a college, Oriel is know as Oriel, its correct title is that found above, 'The House of Mary the Blessed Virgin in Oxford'. As an Oriel man I am proud both of my institution, which I was privileged to attend for both my MA and MPhil, but even more proud to have been educated in a college dedicated to Our Lady.

'But', I hear you cry, 'you're a Castleman now'! And indeed as a member of University College Durham I am a Castleman, but it's rather like your first love, you never quite forget her... So I am both/and, not either/or!

Rejoice with me on the Purification of the Blessed Virgin. Rejoice at the Presentation of the Child Jesus in the Temple. Rejoice on the great feast day...

...and may the Blessed and Most Holy Virgin Mary, protectress and co-redemptrix, guard our Holy Church for all the wiles of Satan, may she stand victorious with St Michael and all the Angels and Saints.
Amen.

...will someone please tell me what is happening?

We have the Bishops of Malta saying that the divorced and re-married can receive communion, link here, and now we have the German Bishops saying the same, here.

And we also have the head of the Congregation of the Doctrine of the Faith,  Cardinal Muller, link here, saying that this is simply impossible, that unless the couple are living as brother and sister they cannot receive communion.


This is the substance of the sacrament, and no power in heaven or on earth, neither an angel, nor the pope, nor a council, nor a law of the bishops, has the faculty to change it.

This is not just some Cardinal having an opinion (we know that Cardinal's can be completely ignored nowadays) but the head of the Church's Doctrinal body. Is this the Pope's response to the Dubia? Or is Muller about to be axed, in a Franciscan manner?

So do we believe the Maltese Bishops? Or the Germans? Or the head of the CDF?


BECAUSE THEY ARE SAYING DIRECTLY OPPOSITE THINGS

This is fine if you're a bishop, living in your palace, or a bunch of them playing at local government, or even if you're a Pope who lives in a suite of rooms in a hotel, none of whom have to sit down with real people, or know what is going on in their lives. They all seem to have forgotten the laity, who have no idea, or at best a half idea, of what is going on. And of course, they have forgotten the priests (as usual) who have to try to explain this dog's breakfast, and even more worryingly, have to administer what could be "judgment upon himself." (I Cor 11, 28)

And our own Bishops? Thankfully they have not said anything yet.

And no one has the faintest idea of what is going on. But don't worry,  because it only concerns the sacraments of Marriage, Confession and the Eucharist, oh and the salvation of souls.

I was going to say it is like fiddling while Rome burns. But it's not, it's like playing with petrol and matches and then realising that the little game has got a bit out of hand and has now engulfed the world.