You know it's Christmas when 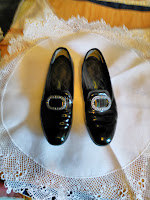 You get your shiny shoes out!!! 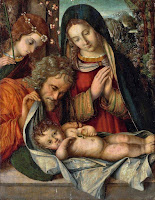 
It is advertised via the LMS that there will be Latin Mass (Tridentine) at noon in Swinburne. I did not change this in time. I will be back in Swinburne by about 12.20pm. If there is anyone around I will say Mass for them.
Many apologies for the confusion.

Untold Disasters around the Corner

The blood of Saint Januarius has failed to liquefy. The Catholic Herald has an account of it here. We all remember that it only partially liquefied last year in the presence of the Pope. Disasters bound when the blood remains solid.

Yikes. I though that enough had happened already. I dread to think what is around the corner.

It might be a natural disaster or perhaps supernatural. Cardinals about to issue formal acts of correction and Popes ignoring their saintly predecessors affirmation of the teaching of Christ, are up there as well. 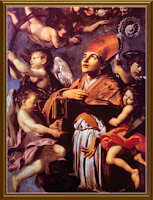 So I have decided to try to help the situation and appease St Januarius. I am going to have a new catch phrase: "By the blood of St Januarius!"

It will be like "By the power of Greyskull", but religious.

NO this is not some ghastly drug, which leaves the recipient comatose and open to all manner of suggestions: like… it’s better to have the liturgy in English, Vegemite is an acceptable replacement for Marmite, watching Youtube in the library counts as work (yep, I’m in the library and that is exactly what the chap opposite me is doing. OK, OK so I’m writing a blog post but sheesh! Youtube, really?!)

Rather it is a mystical drive. It is a place which exists and yet doesn’t exist. It is a tale told by an idiot, full of sound and fury… no hang on that last one is a lime from Macbeth. It is a J drive.

This is something which my beloved university, by the grace of God, Durham, provides for people. You do something to your computer and it finds the J drive, then you put copies of your work there and its safe, even if your computer is eaten by a wild mountain goat, and your USB key finds itself in the inner parts of a wallaby. Yes even then, your work is safe. Safe as houses. Safe as houses all called ‘J’. 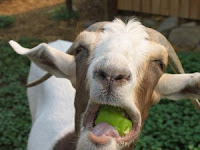 I mention this for it would have been good to have found out about mystical J before I lost my USB key and all of my work. Yep, all of it. I had to go seriously Zen. I lost it for about three weeks.

Eventually I found it in the mud, soaked through, next to the place where I park my car, and mirabile dictu, even after being out in the elements for three weeks, it worked.  And so, dear reader, I married it. No, that’s not right. And so dear reader, I made myself the promise never to do anything so mind numbingly stupid again. 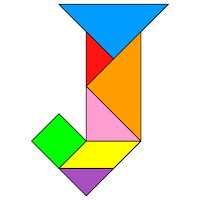 And now I have found J and my life is complete. J will help me. J will be my friend. J will look out for me when times get tough and I’ve lost my way (and all my PhD work).

And do you know what? J is the first letter of the German translation of the vocalised transliteration of the Name of the LORD in the Old Testament.

WHO can believe in coincidence after that????

Do we still believe in Maniples?

By this title I do not mean the Roman army formation which came into common practice during the Second Samnite War in 315 bc (though its importance cannot be underestimated). Rather I mean those little bits of cloth that some Priests wear over their left arm when saying Mass.

The history of the maniple is quite interesting. It is common in the liturgy of the West from about the sixth century onwards, and probably came about much earlier than this from the practical need of the Priest to wipe his face and hands when celebrating Holy Mass. This may sound a little strange to us in the frozen North, but around the Mediterranean in the height of summer, with no air-conditioning, a priest would have been glad of a small piece of cloth to mop his brow – his body being encased in binding vestments for the offering of the Divine Sacrifice. So by the 6th century, the maniple had become a liturgical garment corresponding to the colour of the other vestments. Although in shape and style it developed at various times in various ways, it retained its place on the left arm, and always with something of its original meaning. A translation of the prayer which the Priest says when he puts on the maniple is “May I deserve, O Lord, to bear the maniple of weeping and sorrow, in order that I may joyfully receive the reward of my work.” With weeping comes the need to wipe the face, and balance of sorrow and happiness typify the Priests’ offering of his life in sacrifice and joy.


The maniple was an obligatory part of the Mass vestments until 1967. In that year the Sacred Congregation of Rites issued the decree Tres Abhinc Annos, which stated “the maniple is no longer required.” So Priests threw them away. Or sent them to the missions. Or used them for goodness knows what. They even said that it was wrong to wear the maniple as it was no longer ‘required’. Well, we know that that is not true: just because something is not required does not mean that it is forbidden. It seems to me monstrous and wicked that sets of vestments were ravaged and torn asunder by the destruction of the maniple. 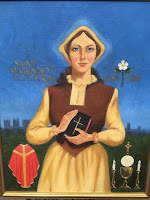 So why am I banging on about this? Well, as I am writing this I have just celebrated the New Rite feast of Ss Margaret Ward, Anne Line and Margaret Clitherow. St Mararet Clitherow was a convert whose brother was a Priest and who sent her son abroad to be educated in Catholicism. She harboured Priests and provided a place for Mass to be said. She cried out against the new religion and refused to go along to the state-sponsored services, and as a result was imprisoned. Her third child, William, was born when she was locked up in gaol. When in March 1586 her house was searched, the Queen’s officers found Mass vestments, and the possession of these was enough to have her pressed to death in the most foul and cruel way.


Let me reiterate, she died because they found vestments in her house. I can imagine this holy saint looking down from heaven and crying out “I died for that cloth which you so easily put aside and destroy” as modern Priests scorn the maniple and other holy garments. Though I am sure that it was not just for the possession of a maniple alone that St Margaret was humiliated and tortured at the age of 33, leaving three children motherless, yet I am convinced that a maniple would have been there among the vestments which were mocked by ‘lewd men’ at her so-called trial. She died for the faith, and the faith is the Mass, and the Mass needs the Priest, and the Priest needs his vestments.

And in 1967 at a stroke “the maniple is no longer required”, and the Priest stopped saying: “May I deserve, O Lord, to bear the maniple of weeping and sorrow, in order that I may joyfully receive the reward of my work.”


I firmly believe in the maniple. It would be a great thing if Priests would take up again this holy garment in celebrations of both forms of Holy Mass, just as a knight of old would take up the token of his lady before going into battle. St Margaret, the ‘pearl of York’, could be our mistress and our defender in heaven, and her handkerchief, our maniple, will be that very token. 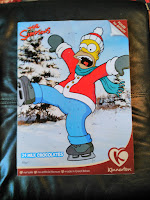 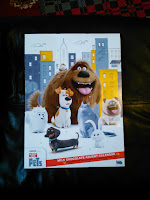 Its Advent time. In the past I have tried to mirror the true meaning of Christmas, and I believe that I have managed to continue the tradition. here, here, here, probably somewhere else.

Mr Simpson is well know as a sign of giving and love, and who could not help but love animals and the like.

Sadly the chocolate in the animal one is foul, Simpsons not too bad.