In seminary we had a joint course with a protestant minister's training school. We were talking (incessantly) about the Bible, and as Catholics, were referring to the importance that we show to the Sacred Scriptures by quoting Dei Verbum. After a series of exasperated exchanges, this nice Baptist chap said "And anyway, who is this Dave Erbum guy?"

From then on the document was know as Dave.

I've been rereading Dave recently (sheesh, I'll never go to confession to that Priest again!), and came across the following passages:

Holy Mother Church has firmly and with absolute constancy held, and continues to hold, that the four Gospels just named, whose historical character the Church unhesitatingly asserts, faithfully hand on what Jesus Christ, while living among men, really did and taught for their eternal salvation until the day He was taken up into heaven (see Acts 1:1). Section 19


She [the Church] has always maintained them [the Old and New Testaments], and continues to do so, together with sacred tradition, as the supreme rule of faith, since, as inspired by God and committed once and for all to writing, they impart the word of God Himself without change, and make the voice of the Holy Spirit resound in the words of the prophets and Apostles. Section 21


If we believe this... and it is Vat II after all... how could we possible ignore the words of Christ, spoken by Christ, what he "really taught for their eternal salvation" - this "supreme rule of faith", "inspired by God", the bearer of the Holy Spirit?

Back to marriage, divorce, communion, synods and the like. It comes to something when you can be hung on the petard of Vat II by my friend Dave.

So I hope Dave does speak to Frank, and Frank listens, and tells Wally to stop being a ... well ... a self absorbed Promethean neo pelagian.*

Indeed, sometimes even the apostolic desire for a ready passport into secular society and the determination to make oneself acceptable to men and particularly to the youth of today, prompts certain people to lay aside the principles which characterize our faith and to reject the sort of dignity which gives meaning and force to our determination to make contact with others and makes our teaching effective. Is it not, perhaps, true that some of the younger clergy and religious, in their laudable endeavor to come closer to the masses and to particular groups, aim at becoming like them rather than different from them? By this worthless imitation they forfeit the real value and effectiveness of their endeavors.

I need to rule Europe

On reading the report (here) that the Euro people are planning on spending oodles of cash on nice plates, I am shocked and disgusted. Not, of course, that I have a problem with personalised plates, but just that they cost too much. 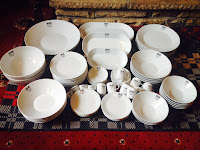 I have my own plates, of course,(and egg cups) and they cost VERY little. In fact they are from Ikea. With snazzy transfers. 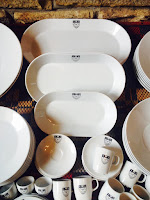 They could have done that in Europe. I'd have gone over and done it for a fraction of the price. 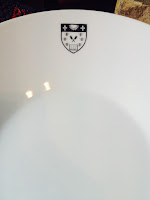 If you don't have your own crockery, and have been affected by this story, and my wonderful dinner service, then don't bother phoning any number, just do something about it!

Our Lady's Vestment in July 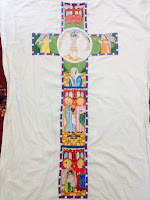 (Nothing happened in June!) 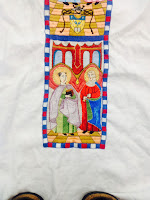 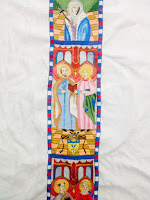 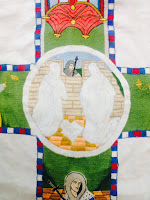