I am not a Donatist Well, those are words which I never thought I would have to utter in my life, but there you go.

I am annoyed enough to have to make this statement after reading the Bishops of England and Wales "Reflection for the Clergy Document on Marriage and Family" (here) on the second half of that Synod.

In it, rather heavy handedly, the Bishops use "St Augustine, the Bishop of Hippo and Doctor of the Truth of the Church, offers us a way of looking at the Church from his age which is still relevant today." If you are going to use a parallel, then it must have elements which are easily corresponding to each other, otherwise the parallel does not work.

The Church in North Africa was ruptured in the early fourth century by the Donatist heresy. St Augustine spoke against this heresy in the Council of Carthage in June 411. The Donatists believed that they represented a ‘Church of the pure,’ uncontaminated by dissent from those who betrayed their Christian faith during a period of persecution. They alleged that the Catholic Church of Augustine’s day was contaminated by their ancient link with those who in the persecution a century earlier consigned the Sacred Scriptures to fire, ‘the traditores.’


We what we are talking about now is Marriage adn the Family in the 21st Century. So we are also in a parallel situation to the Donatist controversy. Someone must be pushing for a Church of the pure, with no contamination. St Augustine is a goody, so the Donastist are baddies, so if you are on the side of the Donatists (booo) then you are a baddy and also you want to put the Sacred Scriptures in the fire (!!! WHAT... If you don't want that conclusion to be drawn, then don't include it.) The Bishops are the goodies, so if you disagree then you must be... wait a minute, I know where this is going...

Augustine makes another interesting point: when the net is cast into the sea the fisherman has no idea which are good fish and which are not since they remain out of sight. That will only become evident when they are sifted on the seashore. What Augustine implies is that we are not in a position in this life to pass judgement on others. Only Christ can see the full picture and will reveal it on judgement day.

This is the whole 'who am I to judge' debate. Sorry it's not a debate it's stupid. If Christ tells me something is wrong, and I do not pass on that teaching to others then I am morally corrupt. Who am I to tell a child a flame is hot, or that it is illegal in Enlgand to drive more than 70 mph on a motorway? Just because experience, or the law has told me these things, who am I to sit in judgement on your actions and pass on the information? Much better to have you carted off to Accident and Emergency or the Law Courts and then a higher authority will pass judgement. Are they really telling us that St Augustine NEVER passed on judgement to anyone? Really? Honestly? Or is it just that you are cutting and pasting a Doctor of the Church to meet your needs? There is much in the St Augustine which we would not use, sucha as the bit in St Augsutine about unbaptised babies going to Hell.

I am not an Augustine scholar enough to assess the claim that charity is a hall mark of St Augustine's theology. I assume it is, he being a Saint and all, so let us live by the ancient dictum... 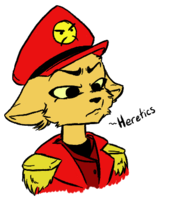 Liberty in what is doubtful - do we have the words of God made Man Himself, Jesus Christ, on the subject? Do we have the universal witness of the Saints and scholars throughout Christendom for 2000 years? Do we have constant Church teaching? If the answers to these are 'yes' then there is no doubt, only the doubt that you have sown.

Unity in what is essential - Marriage is the stable unit of society, throughout time and space. It is the unity of one man with one woman, open to life and until death. These are the essentials, so let us have unity there.

Charity in everything - just because you do not agree with me, do not call me a DONATIST!