No, not rounding up scouts and making sure that they are doing their good deeds (our good deeds I should say, as I am a scout), but rather during this half term time, taking a moment to do the stuff that I should have done ages ago but just not got round to.

One such thing is the account of the commisioning of an assistant scout master. See it here on the headmaster's blog.

Scouting here in France is wonderful. It gives a sense of service and identity to boys of all ages. It is not a kids thing, but continues as a boy becomes a young man.

Our scouts are at the service of God and their country. They are committed to a life striving for perfection, a life of chivalry and honour, where nobility and deprecation are mocked. A life of purity in a world of filth. 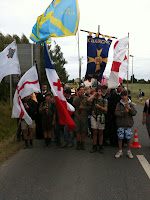 Scouts are a force for good. 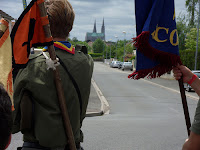 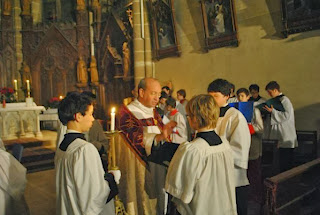 Yet another avid reader pointed me in the direction of Le petit Placide where he has a picture of our Christmas celebrations in College last year. This is the proclamation of the begining of the Gospel of St John.

All I remember is that I had picked up some ghastly bug and that I could only croak "In the Beginning..."

Hopefully this year I will make it hale and hearty to the end!
Posted by Fr Bede Rowe at 2:23 pm

Email ThisBlogThis!Share to TwitterShare to FacebookShare to Pinterest
Labels: Christmas

There is an excellent video on Vimeo about the Walsingham pilgrimage. I think that you have to click on it... but click away, its very good. 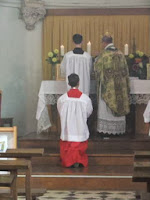 At LMS Clifton, you can see an account of the Mass at Sables d'Olonne, here. The Mass goes from strength to strength, it is a good thing and a great pleasure.

The Bible speaks often of the disease of leprosy, whether is be that of Miriam being struck with the disease in Numbers 12 or Our Saviour curing those with leprosy in Matthew 8 (and parallels).

The Old Testament was rightly concerned with the disease as it could bring a whole tribe to nothing. The only way of dealing with it, as there was no cure, was isolation. The individual had to be excluded from the community. This community had given them protection and identity. So having leprosy really was being cast out: cast out from your family and friends, your people and nation. And no one would welcome you.

And what is more, your loved ones did not do it because of any fault of yours. It was simply the result of a disease... no one's fault.

When Our Lord cured the lepers, He was not simply performing a healing miracle, like curing the paralytic. Of course there was physical healing but it was so much more than that. It was restoration, a bringing back to life again. It was a minor resurrection.

We have saints, such as St Damien de Veuster of Molokei (here), who ministered among them and eventually caught the disease, or Bp Fulton Sheen who speaks of his encounter with lepers here.

We understand the disease diferently now (called Hansen's disease) and it is largely curable.

With this history I do not know who should be more offended by the Pope's remarks ("the Court is the Leprosy of the Papacy"), court officials who have served successive Popes for generations, or lepers.

San Giuseppe pray for us 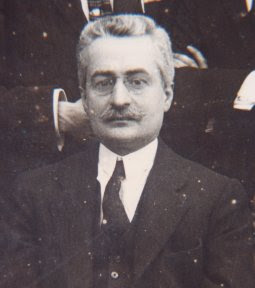 
The life of St. Giuseppe Moscati illustrates how the Catholic faith and practical charity united a layman with God to such an extent that the power of God ultimately worked in and through him.

Giuseppe Moscati was the seventh of nine children born to aristocratic Italian parents. His father's career as a magistrate (judge) led the family to settle in Naples. Every year they vacationed in the province of Avellino, his father's native region, and while there they attended Mass at the chapel of the Poor Clare nuns, with the renowned jurist serving at the altar.

The future saint inherited his father's piety and intellectual gifts. Giuseppe's unexpected decision to study medicine rather than law can be traced to an incident during his adolescence. In 1893 his older brother Alberto, a lieutenant in the artillery, fell from a horse and sustained incurable head trauma. For years Giuseppe helped care for his injured brother at home, and as he matured he reflected on the limited effectiveness of human remedies and the consoling power of religion.

Dr. Moscati then practiced medicine at the Hospital for Incurables in Naples and taught courses in general medicine at the university. "Remember," he once wrote to a young doctor, one of his former students, "that you must treat not only bodies, but also souls, with counsel that appeals to their minds and hearts rather than with cold prescriptions to be sent in to the pharmacist."

Giuseppe Moscati encouraged his patients, especially those who were about to undergo surgery, to receive the sacraments.Dr. Moscati also attended to temporal needs. He treated poor patients free of charge, and would often send someone home with an envelope containing a prescription and a 50-lire note.

On occasion he practiced heroic charity. When Mount Vesuvius erupted in April 1906, Dr. Moscati voluntarily helped to evacuate a nursing home in the endangered area, personally moving the frail and infirm patients to safety minutes before the roof of the building collapsed under the ash. He also served beyond the call of duty during the 1911 cholera epidemic and treated approximately 3,000 soldiers during World War I.

In another letter to a student, Dr. Moscati wrote, "Not science, but charity has transformed the world," explaining that only a few go down in history as men of science, but all can leave the world a better place by their charity.

On a Tuesday in 1927, Giuseppe Moscati went to Mass and received Holy Communion (as he did every day) and then made his rounds at the hospital. After a midday meal he felt weary, lay down, and died peacefully. He was not yet 47 years old.

And very good they look 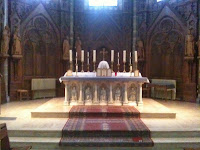 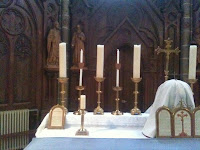 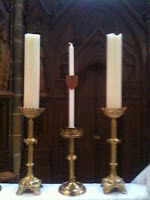