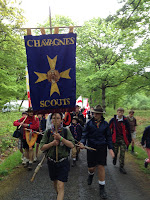 Chavagnes Scouts defying the elements marching to victory and Chartres. 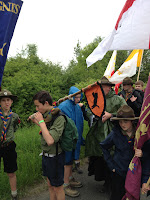 Weariness cannot weary them, nor tiredness tire, for they have the Name of the Lord to call upon. 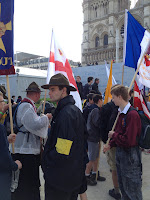 Our leaders are brave... 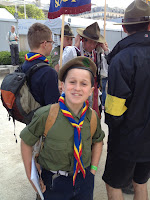 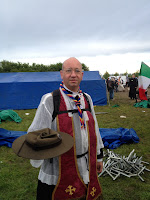 Our chaplains have suspiciously walnut whip shaped hats.
Posted by Fr Bede Rowe at 10:27 am

The Scouts did wonderfully well. Almost all walked all the way and we impressed all aleng the way by our simging of polyphony and songs about bears. The boys were a credit to the school. 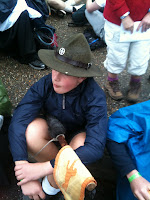 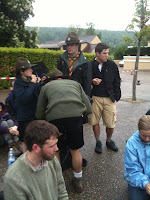 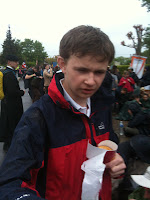 We sang Spanish songs with such pain of the soul that even the angels wept, and then transformed the song into a paean of praise to packets of biscuits.

Will he never die?

Last year on the Chartres Pilgrimage I posted this picture of a dead Scout: 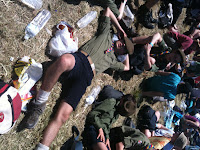 Imagine my dismay to find that not only did he not die last year (in fact I have a sneaking suspicion that he sits next to me at breakfast) but also that he seemed to die again this year. 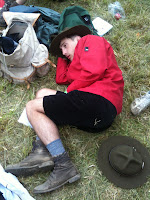 We shall have to monitor the developments...

The pilgrimage is also a wonderful place to catch up with old friends. Here are some parishioners from St George's Warminster. 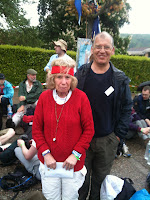 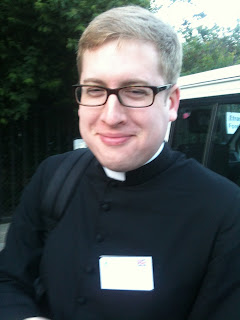 I met him. Fr Kimtis. Nice chap with very stylish glasses. See him at Counterfeit Bossuet.
Posted by Fr Bede Rowe at 9:15 am 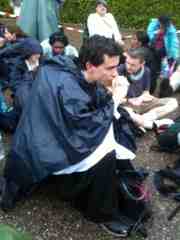 Gathering at the Pilgrimage

And there were Americans and Australians. 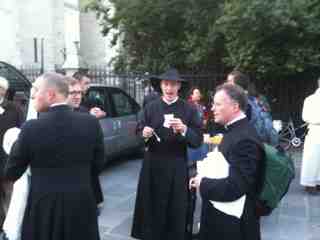 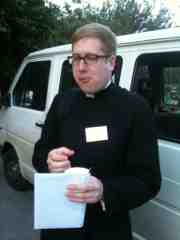 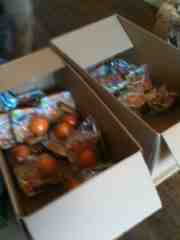 Most of the preparation is done. Booklets made. Shoes ready. Little shoe horn well attached. So here we go! Tomorrow! 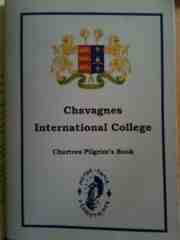 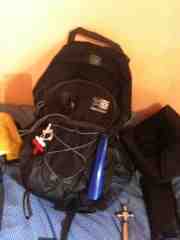 It does not take much in the life of our school to bring about competative spirit. Indeed as I write I have just come back from our 'little walk' (something of a route march today) where there was a flaming row going on about the fact the red doesn't occur as often in nature as green does.

I know it's all a bit obtuse until you realise that Red is the colour of Rochejaquelein and green the colour of Cathelineau, two of our houses. If one could claim that God Himself prefered their house colour, well the battle would almost be won. With God on you side...

So the inter-house hockey match was always going to be fraught with dangers. Divide boys into houses and then give them weapons.

But no one died. No one was even greviously injured. There was a serious amount of shouting and words were said and dark curses muttered that will reverberate through the corridors of history. But on the whole it was fine!
Posted by Fr Bede Rowe at 2:59 pm

Dead Fish at the seaside


I had been asked to say Mass on the feast of the Ascension at Sables D'Olonne. It seemed a good idea to take the whole school with us and then take them all to the beach.

As you can see the boys wrote messages on the sand. In this case it was "introibo ad altare Dei". 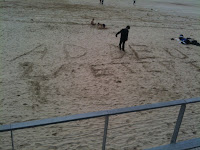 And at lunch one of the boys found a dead mackerel in a bush and put it on a stick to show me. Of course it did not stop eating his sandwich at the same time. I think that bacteria are too scared of boys to invade their bodies.


...the blog of Fr. Bede Rowe, a Chaplain at a school in Italy.  Tells of his travels and life abroad.

not bad even though I'm not in Italy!
Posted by Fr Bede Rowe at 9:14 pm