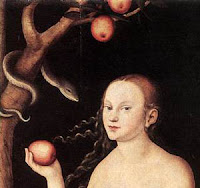 So where does Original Sin fit into the second Vatican Council story?

And one level it is everywhere, of course, because the effects can be seen in all actions – or most of them anywhere. But I think that we can see it in the actions of the Council Fathers in a particular way.

With increasing centralisation, the Roman Curia had become a little heavy handed in the way it dealt with the Local Church. Translation: head Office did not always remember that the guys on the front line needed their support and not what sometimes seemed like rules that made life more difficult.

When the Council Fathers arrived at the fated Council the preliminary documents had been prepared by the Curia (the Vatican’s Civil Service). The Curia was headed by Cardinal Ottaviani (who became a bit of a bug bear). His name had been on the documents which the Bishops had received in the years before, and as it is easy to blame one man for anything and everything. Then I suspect that when the Bishops came face to face (or mitre to mitre) with him, then the relationship was cool. Translation: the branch managers from Hicksville and Dogsbreath-in-the-Marsh came to head office in the Capital, but instead of being dazzled by the lights and smart suits of the Company’s management Team, rather resented the whole thing.

Let’s think about Original sin and let me tell you what I think one of the main results of it is – that we think that the world revolves around us. I am the only really important person there is, and nothing should happen which effects me that I do not have a casting vote in. I am the centre of my own universe and that is just as it should be. If I give away power then I do so on my own terms and I am still really in charge.

I believe what happened in the council was this. Certain Bishops realised that actually in this situation they had the power. The Curia could only put forward and propose Documents and the good Cardinal Ottaviani was only one voice among many. And the perfect way to get back at the well oiled, well dressed Vatican machine was to take all its work and rip it up in front of its face. Now if this were a child you would smack its legs and send it back to its room and tell it ‘to think very hard about what it had just done’. But neither Mummy nor Daddy was there, because the Pope was absent from the Council (as was right and just) and there was no one to tell the Bishops to think about their motives. So the Bishops stretched the boundaries further and further. It was their show. These were their toys and no one was going to tell them what to do. They were Bishops for goodness sake. (And the snake was the subtlest of creatures in the garden…)

But what could be put in the place of the Documents which the Bishops had ripped up?

Bless them, they wrote them themselves. But they were not cool tactician civil servants with the eye on 2000 years of theology and the responsibility of the world wide vision of the Universal Church of Almighty God. They were men who had drunk at the well of this nonsense of man’s ability to change the world.

They replaced the proposed Documents with the ones we have now – full, not of sound and fury, but of kittens and flowers, happiness and joy, hope and peace. I know, I know – that is good and worthy, noble and just and the Christian message – I know. And if they had stayed on the shelf then they would have remained as interesting Documents in the Church’s rich tapestry. But we know that they were written in such a loose way that the role of the Church in the past 50 years has been to ‘interpret’ them to keep them Catholic and to try to stop the grass roots from becoming in their theology and practice functionally Protestants.

The regional manager found out that by Company Law he and the other regional managers had the casting vote, and so they took the ten year world wide marketing strategy which the men in the flash suits in head office had spent ages writing, and voted it down. What a rush of power and excitement! Then they wrote some stuff themselves culled from ‘market-speak monthly’ and voted that through instead.

And just before they went back to their own offices they passed a motion giving themselves a much bigger part in the life of the Company in such a way as to make it almost impossible to keep their limited voices quiet again…
Posted by Fr Bede Rowe at 6:27 am