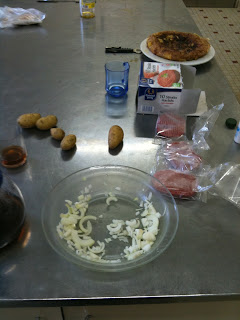 Our Spanish master, Mr Garcia, agrees with everything. I think it is a way of coping in an environment where the official communication is English, the boys in French and you yourself are Spanish.

So when the school was on the exeat weekend, we faithful few who had not fled were entrusted with keeping together the body and soul of two boys who stayed behind. I, of course, am in charge of the soul, so it fell to Mr Garcia to look after feeding the body. When asked if he could do this, he gave a Spanish shrug and said "yes". Brave man. 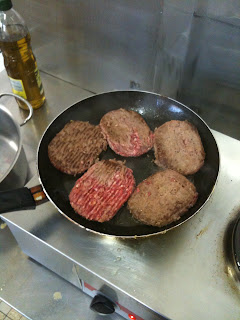 It later transpired, of course that he had never cooked a tortilla in his life, but "I watched my mother". So that was a little fraught, with hungry boys prowling round like roaring lions... (no, wait, that's something else).

It was, of course, wonderful. Very Spanish (or so he claimed!). And exactly as it should be (or so, again, he claimed!). Anyway he was very, very proud, as you can tell. 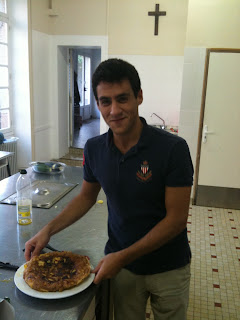