Mass for the Scouts

This weekend was an exeat weekend, so there was no walk. Most of the boys had gone somewhere, and the Scouts had gone some 20 kilometres away to make camp and do scouting things. I was to go and say Mass for then this morning. 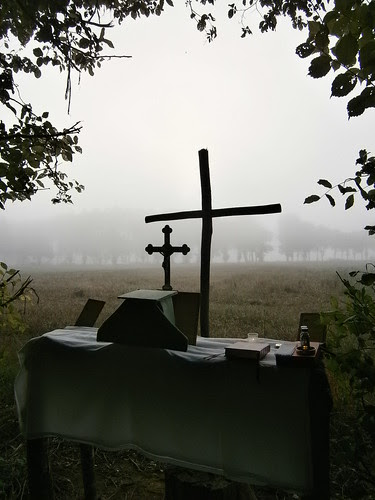 They made the altar, which was the right height and perfect for Holy Mass. Indeed it was more dignified than some other altars I have said Mass on. 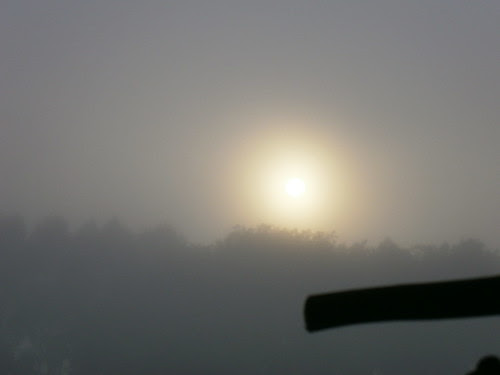 The morning was misty and the sun weak. The air was chilled and clear. The Altar ad orientem, indeed facing the rising sun - the Son of God greeted by the great orb of light, one hanging by nature, its rays penetrating the lightening day, the other being hoist on high at the hands of man for the salvation of the world. The dignity and majesty of the words of Mass becomes real and joins heaven to earth. 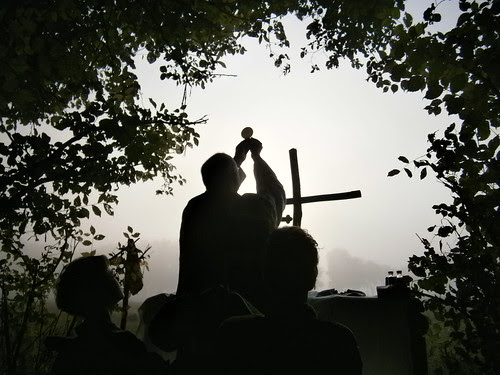 Introibo ad altare Dei, an altar made by boys in a forest in France transporting us to the foot of Calvary. We are not in the realm of time, or the tyranny of space at Holy Mass. We are not confined by the creation, but rather liberated from it. These words echoing from all eternity, conceived in the thought of God from the beginning to call Him down to His creation. His imprisonment in the flesh is our freedom from it. His humiliation is our sanctification. He is dragged to us, and we are raised to Him. 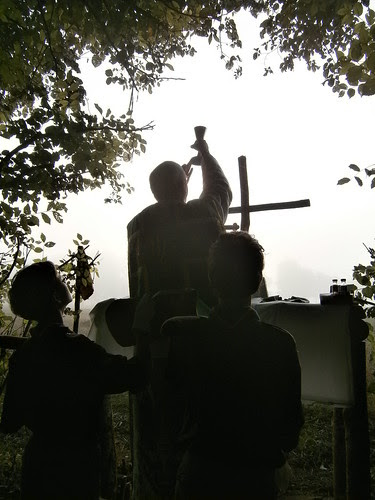