If you don't get it, you ain't a Geordie! 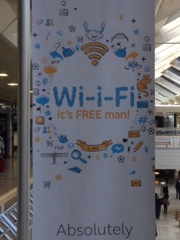 Email ThisBlogThis!Share to TwitterShare to FacebookShare to Pinterest
Labels: Geordie 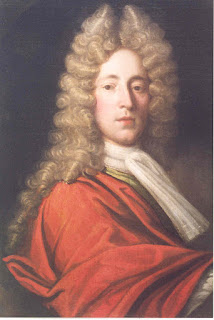 for the repose of the soul of
James Radcliffe, 3rd Earl of Derwentwater
on 300th Anniversary of his execution

in the Extraordinary Form of the Roman Rite

Someone tell my Bishop...

I'm a modernist! Didn't you know? Have you not guessed? Is it not written on every page and blog post?

I'm going to cry it from the mountain tops, tell it in the streets, shout it from the highest places!

Let it be know in Jerusalem and to the ends of the earth. Fr Bede Rowe... The Modernist. 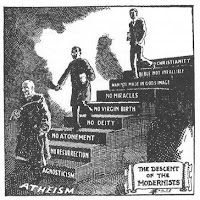 Or so I am called on "Catholic Truth", link here. It is in response to the LMS article on praying of the Jews. Apparently I started well, then I ended up with "several paragraphs of Vatican II-inspired waffle." Damn that waffle, why raise the issue of waffles at the beginning of Lent. All toasty, and dripping with Golden Syrup.


The problem seems to be this. They wrote:

This sounds rather like the recent Synod’s ‘we’re not changing doctrine, but only practice’, and I would like someone to enlighten me as to what was my and our share in ‘recent and not so recent history’ that makes it impossible for us to openly pray for the conversion of the Jews in the Mass. [Perhaps I did not make it clear,  I said that "we cannot effectively preach the message of Christ", not that we could not do it. Of course we can do it... the question I was putting forward is if we can do it 'effectively'.]  For that matter, what part did the Church play in ‘the evil of the last century’. What is this collective guilt all about? [Guilt, or otherwise, has nothing to do with it. Perceived guilt, however, is a different question. And perceived guilt lies in the eye of the beholder.] Surely if the Jews of Jerusalem crying ‘Crucifige, crucifige eum’ bore no guilt, then why am I to bear guilt for the Holocaust and because of it refuse to pray for the conversion of all men?


I suppose that the problems centres on 'effectively'. We have an obligation to pray for the conversion of all people. Ad Gentes (Vatican II waffle alert) makes that abundantly clear. The question concerns the best way to bring about this spreading of the message of Christ to the ends of the earth. The article, though springing from the Good Friday prayer, is not about the liturgy. Apart from the first sentence, it is never mentioned again. It concerns the effective means of evangelisation.

I wrote that "[t]oday, preaching the conversion of the Jews is so clouded by the evil of the last century, that the message of Christ becomes too severely distorted to be honest, effective or even, perhaps, kind." It does not matter who brought about this evil, or to what extent or otherwise, we, Catholics (and if I can align myself with the saints, then I cannot ignore the sinners), helped or hindered it. The question concerns the most effective means. I humbly suggest that a direct preaching to the Jews for their immediate and direct conversion is not the best way.

I may, of course, be wrong, but by following this line of thought, we can still interpret the latest non-Magisterial statements in a manner consistent with Catholic Tradition.

If this makes me a modernist, then please, please tell my Bishop. It will only do me good!

Do we still believe in praying for the Jews?

In the past few months there has been much said about the call of the English and German Bishops for a change in the Old Rite Good Friday prayers about praying that the veil be lifted from the eyes of the Jews and they recognise Christ as their Saviour.

In doing so it questions the fundamental Christian calling of announcing the Good News to all the world, as was Our Lord’s clear command. If this announcement is what we should do, and I think that this is clear, are there any exceptions? Are we to preach to the whole world or are we not? Is Christ the only way to salvation, or is there another way?

What about the Old Testament Covenant with the Jews? Does it still work? If they follow it, will they gain Heaven? And if they do attain salvation, is it because they are simply being true to the Ancient Faith, or is it because somehow Christ-manqué is present in the Covenant (but don’t tell them)?

And what about the Muslims? The Vatican II documents are keen to lump Jews and Muslims together, while still preserving the privileged link between Christianity and Judaism.

The images that Vatican II used were of circles around the revelation of Christ. The first circle has Catholicism (and Churches in full communion) at the centre. Then the Orthodox. Then the Protestants. The next circle was the faiths which acknowledged one God, and a personal one at that. Jews first, then Muslims. Next were faiths who worship god/s in some form. After that those who seek for the good in some manner.

You see that this is all very inclusive, but there are lines in between these circles. We are now not supposed to preach to those who go under the heading of Christian – the first circle.* But Vatican II says plainly that we should ‘evangelise’ the rest.’ Ad Gentes is quite clear on this.

So what are we supposed to do now?

Are we supposed to tell forth the truths entrusted to the Catholic Church to the whole world or not? Logically, at a stretch, you can sort of make a case for the first (Christian) circle. But now we are making distinctions between those (Jews and Muslims) who Vatican II deliberately put together. It was Pope Paul VI who let it be known that the Muslims were to be included with the Jews… not John XXIII and not the Council Fathers.

Let me make this clear. It is eminently possible, and I would say desirable, that there is no proselytism (deliberate preaching with the aim of conversion) of the Jews. This is not as a principle, so I am not saying that they occupy a new theological place in the scheme of salvation, as many Church theologians seem to want to do. Rather I would say that it should not happen because we cannot effectively preach the message of Christ because of recent, and not so recent, history and our share in it. Today, preaching the conversion of the Jews is so clouded by the evil of the last century, that the message of Christ becomes too severely distorted to be honest, effective or even, perhaps, kind.
I think that the new statements can be read in this way – in theory ‘yes’, in practice ‘no’. The Church cannot preach conversion in this present age, but we, you and I, can pray for it and yearn for it.

* Try fitting the Salvation Army into this. As they do not practise baptism, I honestly have no idea where they are included. But I have immense admiration for them.