This afternoon, reading the Latin text of Nostra Ætate, the Vatican II document on non-Christian religions, (it was a slow day in Great Swinburne) I came across the following quotation from St Paul’s letter to the Romans 9.4-5. The Revised Standard Version (the one I invariable use) has it thus

So far so good. I know this bit, and can go on about it for AGES… blaa, blaa, blaa. 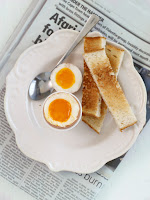 But, you see, (and you will remember if you have kept up thus far) I was reading it in Latin. Now my Latin is enough to order a newspaper and say how I want my eggs in the morning, and there is no way on this planet that I would say I’m even proficient in the language, but I, even I, can spot an erroneous plural when I see one. (Also remember that my PhD thesis is on covenants so I have a head start).

So I checked the Vulgate (the official Bible in Latin) and it said ‘testamenta’ – covenants, plural.

You can image that by this point I am in a tizz, all a-shock and a-shiver. But then my old memory came cranking into play.

“Wait a minute” I said to myself “which version of the Latin Bible are we dealing with here?” And therein is the solution… and the problem.

The Council Fathers were using the Clementine Vulgate (no, not the citrus based fruit… keep up!) used from 1592-1979. It says ‘testamentum’ – covenant. But the New Vulgate, 1979- , says ‘testamenta’ – covenants. New Bible plural, Old Bible singular.

But just you wait a minute! This is not solved at all. The official Bible of the Church says something different to a text in an Ecumenical Council of the Church. So which do we follow?

Should Vatican II be updated with the New Vulgate (thus riding a coach and horses through any idea of trying to critically engage with the ‘text’ of the conciliar documents – after all their very words can now be changed by subsequent documents. Let me at them... there's a few changes I'd like to make)?

Or should we mistranslate Vatican II in line with the New Vulgate (dodgy on so many levels)?

Or should we keep the primacy of an Ecumenical Council over subsequent Papal acts (a hoot and a riot since most stuff that a Catholic comes into contact with post Vatican II bears little relation to the Church as the Council Fathers knew and experienced it)?

It all so difficult!

All over a plural!