How wonderful for the secular world to tie in with and reflect the seasons of Holy Mother Church. We had just finished the imagery around the Apocalypse and meditated on the Second Coming of Our Lord and Saviour Jesus Christ, We had considered out own mortality, our particular judgement, the happiness of Heaven and the terrors of Hell, when shopping came to our help and gave us a visual aid.

These wonderful images express most eloquently what I have been trying to preach about for the last few weeks, the horrors of Hell and the plight of the lost. They are so similar to those pictures we have of the lost souls begging to get out of Hell, yet damned for all eternity to suffer. 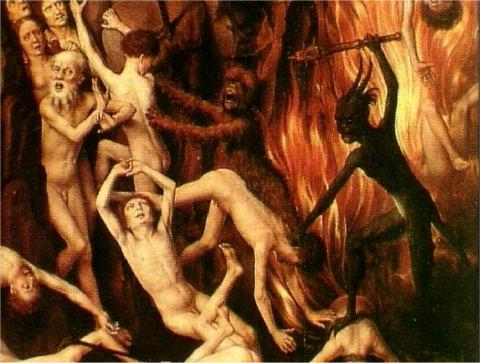 The main difference is that they have clothes on. For which I am pleased. Naked TV shopping in Asda is surely a step too far!

I can't wait for us to have "stay awake, watchful without sleeping, for the coming of Our Lord". Perhaps this?

Many of you will remember this exciting post, here. And many of you continually ask me about exciting Advent traditions. Let me just tell you that I have a complete Camel treat for you coming up.

It is time for the new Advent calendar and it is a corker. Star Wars. I know. Star Wars. 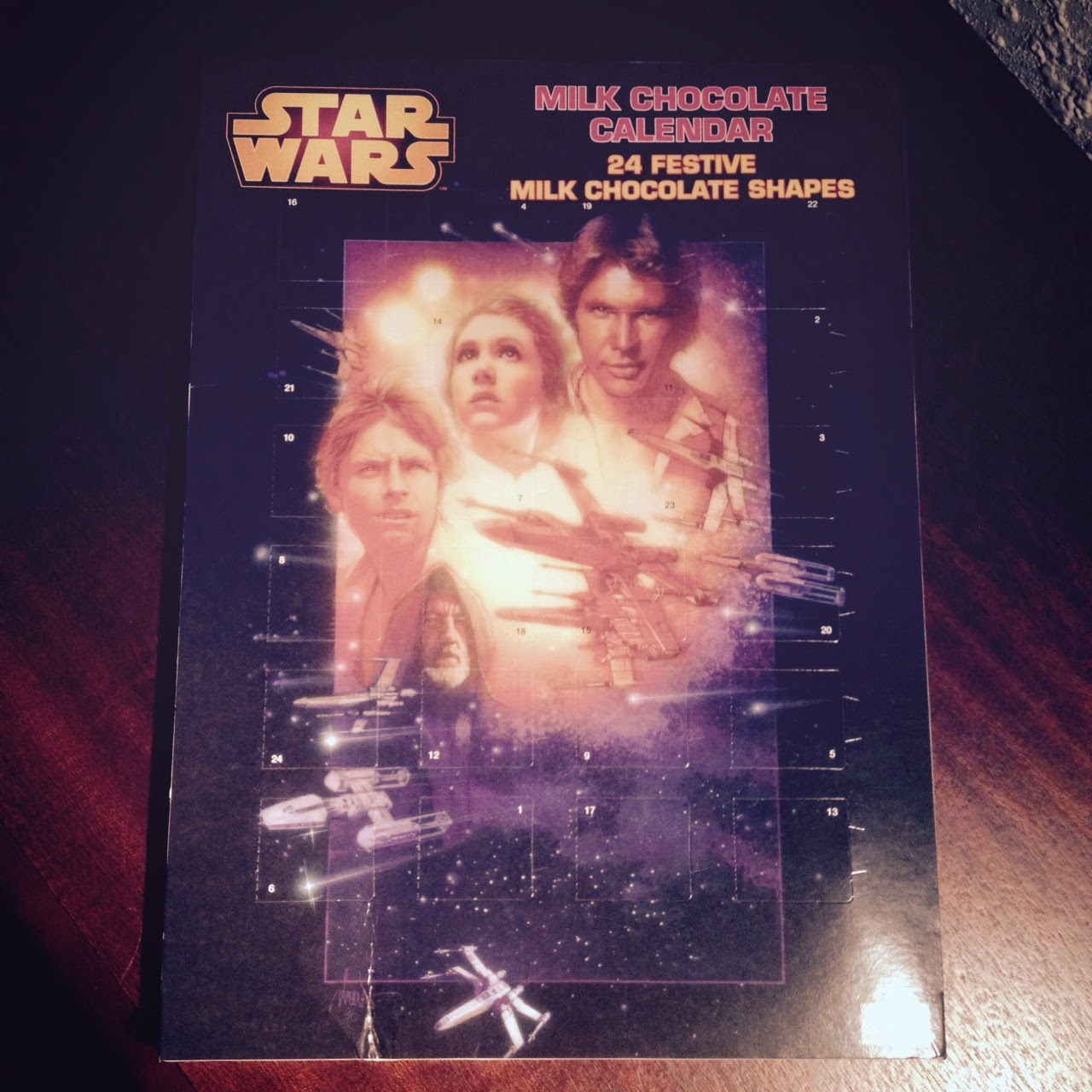 The force be with you.
And with your spirit.

It has nothing to do with Christmas at all! But I was in Pound land and I just couldn't resist. I can't wait to find out what the chocolate is going to be. It might be light saber shaped, or Yoda or ANYTHING!

The Smith Commission on further devolution to Scotland has come out today. You can read it all here. It's not hard going.

One interesting passage is this, number 61.

The parties are strongly of the view to recommend the devolution of abortion and regard it as an anomalous health reservation. They agree that further serious consideration should be given to its devolution and a process should be established immediately to consider the matter further.


I think that calling abortion (the deliberate ending of a human life) as "anomalous" is a little weak, but there you go.

But if this is devolved what will the result be? Three results immediately present themselves.

So I wonder what will happen. As I see it, either the status quo is maintained and only 197,108 of the most vulnerable in society are killed (Government stats here, and here), or it gets worse.

So let us see what happens. I couldn't really give a stuff about tax raising powers when the state allows the ending of human life. So the question is:

Will Scotland kill or save?

Perhaps I should become a Zoroastrian.

With the changing of time, it has become very dark here in the North. It will soon be the case that there is just a few moments of twilight between Stygian doom. As a boy I remember going to school in the dark and coming home in the dark, precious moments of sunlight wasted sitting in classrooms, being talked at and copying. 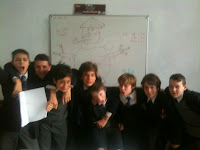 How happy I am that my own teaching career (being a Chaplain Abroad, before becoming a Private Chaplain Abroad) was filled with sunshine and laughter even on the darkest of days. And what is more, I never came across a boy who disagreed with me... and lived.

I went to the library in the weakening light of early afternoon and settled down to read an edifying tome. Having been engrossed for a mere moment or two, I raised my eyes to see only the lights of the city pooling their lamps in the growing gloom. When I left in the late afternoon, it was nighttime.

The Zoroastrians kept a sacred fire burning all the time, and I know that I shall miss my fire in the summer. But the Zoroastrian life is not for me, so I shall keep this picture and rejoice. 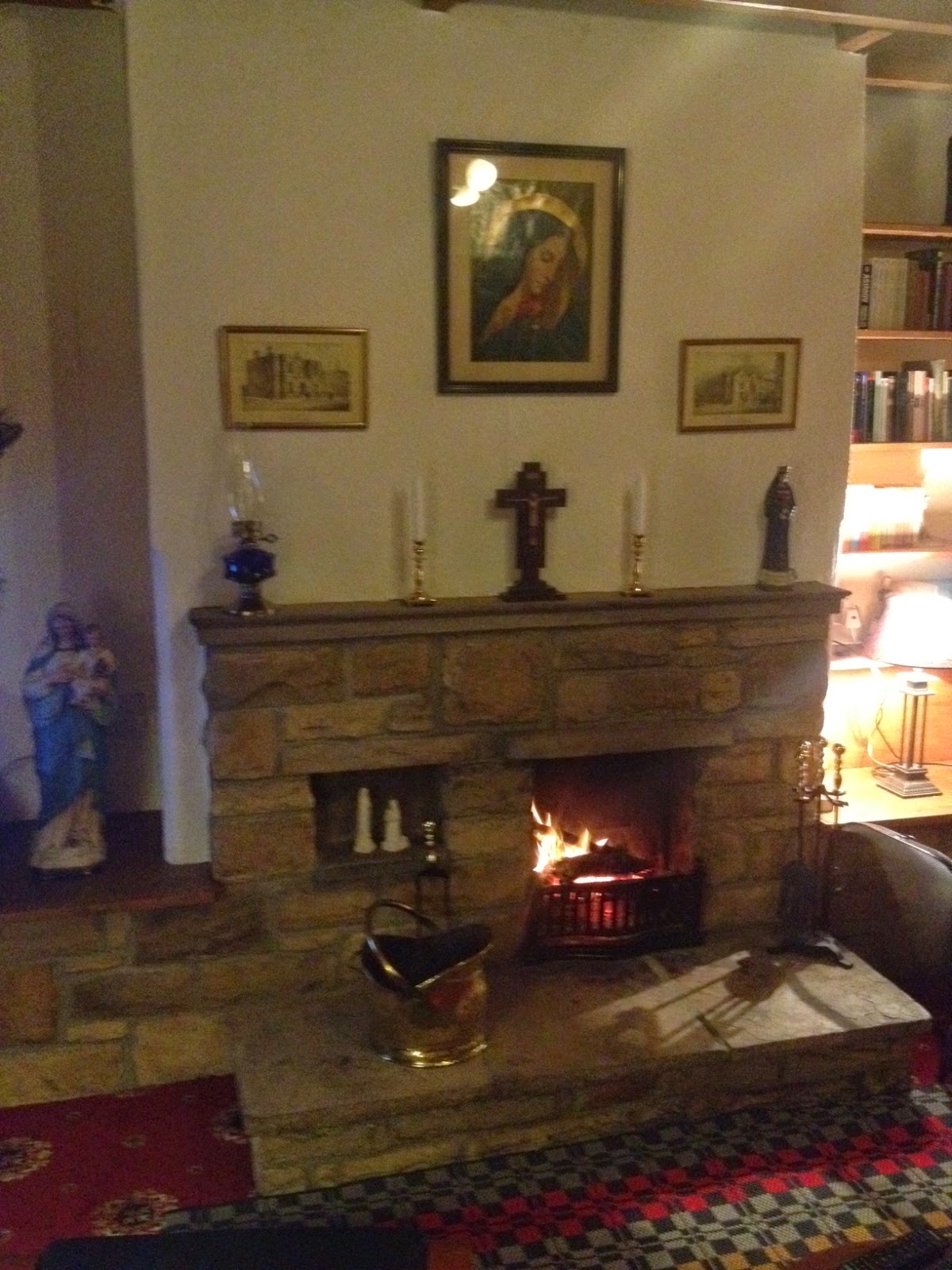 Do we still believe in Relics?

The other day I read the strangest thing. Cardinal Dolan of New York was refusing to dig up a dead man, chop him into pieces and divide the corpse among anyone who asked for it. Now why would you refuse to do that?

With such a bare few lines, most people would actually ask “How could anyone think for one minute that such a mutilation of human remains would be acceptable?”

But then again, most people, sadly, are not Catholic. We in the Church do not bat an eyelid at the thought of a finger or piece of clothing, a skull or foot being on display, touched and even kissed. Indeed, as I write this I am in the presence of the thigh bone of Saint Felicissimus, a 1600 year old martyr from central Italy. For us it is perfectly normal to be surrounded by relics of the saints, often blood and bones. Every time a priest comes to the altar and kisses it, he is kissing the altar stone which contains the remains, no matter how small, of some saints.

In my last parish I offered relics to be venerated after Mass one day on their feast day. A parishioner stormed off in high dudgeon and later I received an email accusing me of “the worst excesses of the medieval Church!” I took it as a compliment.

But this practice of relics is not strange in the slightest. It fits into our normal habits as human beings. We often have photographs of dead relatives around the house, or a keepsake of a favourite granny. And as we remember the First World War, we remember all those women who carried around lockets of hair of their dead husband or sweetheart. We are surrounded by mementos of the dead. In life we have constant reminders of those who have gone before us. Perhaps we keep these things for sentimental reasons, but as we do so we go beyond the object itself. We would think it strange for a young man to wear a battered pair of cufflinks on his wedding day, so much at odds with his smart suit and impeccable tie. But we would have to choke back the tears when we found out that they were the ones his father wore at his wedding many years ago. A father who had recently died.

A relic is an object of the dead. Or even the person themselves. This can of course be taken to extremes. As well as carrying cremated remains around your neck in a “stylish and elegant pendant”, you can now turn your beloved’s ashes into a crystal or photo frame. How ironic if you turned them into an ashtray!* But I digress.

The point of a relic is to remind us of the person. Part of its ancient meaning for us is being connected with the life and witness of the person whose relic it is. After I have gone up to the altar at the beginning of Mass I say in Latin “We beseech Thee, O Lord, by the merits of those of Thy saints whose relics are here, and of all the saints, that Thou wouldst vouchsafe to pardon me all my sins. Amen.” I am one with the Saints, those members of the Church who are now in Heaven, interceding for us, supporting us. And the truth is that we bring those people to mind when we are confronted with physical reminders of them. I have a deep regard for Saint Felicissimus of course (who doesn’t?) but I ask his prayers every time I come into this room because there is a huge bone of his just over there. I remember to pray for my grandfather when I wear his watch. Without Saint Felicissumus’ thigh or my grandfather’s watch, I would bring them to mind less often.

This is an ancient practice and must continue. I would love it if some day some middle aged priest looked up from his desk and saw again a weathered leg bone in a glass case and said “Ahhh yes, St Bede, the Chaplain Abroad, pray for us!”

How very human, how very Catholic and how very right.


* For Catholics who have been cremated their ashes have to be buried in the ground (not scattered). They should not become table decorations.

Published in 'Mass of Ages', the Latin Mass Society Magazine

Tools of the Trade 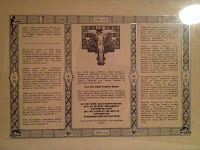 With the coming of the month of November and the intensified prayers for the dead that the month brings about, there comes about the dusting down of the requiem things. If the day is a clear day, and the intention is for the repose of a soul, then I try to make sure that I say a proper Mass in black. And with that comes the things for the dead. 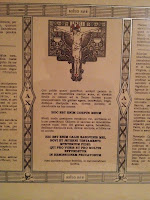 Some years ago I made some requiem altar cards. It is actually quite easy to do with computers and the like, and all else that was needed was a fine black pen, and a bit of time. 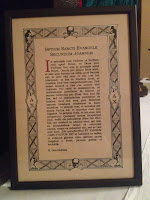 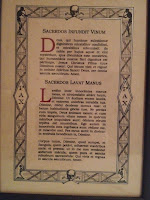 As you can see the main theme is skeletons. I was going through a danse macabre phase. 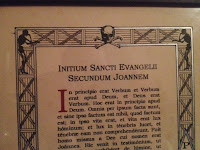 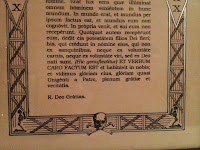 Of course you can easily use ‘normal’ altar cards, but the requiem ones mean that you never forget, for one moment, that this Holy Mass is particular.

Remember to pray for the dead.